Cuddling and Pheromones: Some Basic Science Behind Intimacy Skip to main content

Cuddling and Pheromones: Some Basic Science Behind Intimacy

People have different motivations for cuddling, but the benefits are fairly universal and fun. 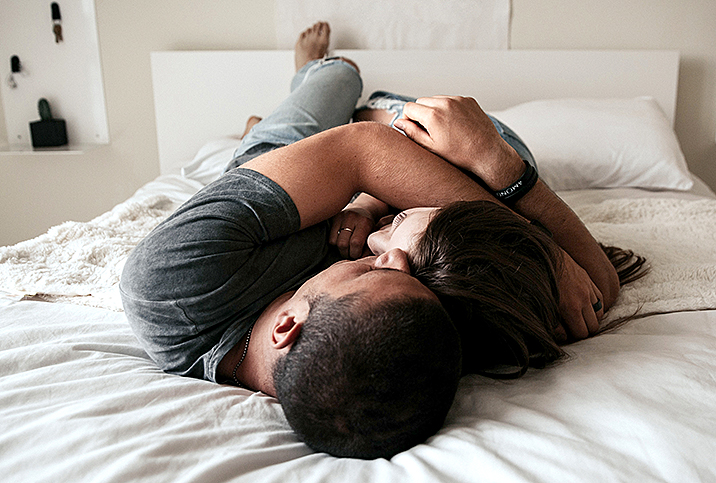 Acts of physical intimacy, such as cuddling and hugging a loved one, can stimulate an array of physiological reactions within the body, from hormone production to blood pressure variation. We derive major benefits from closeness with another person.

For one thing, cuddling can improve and increase the production of oxytocin, a hormone that is commonly called the “love drug” or “love hormone,” because it is closely associated with feelings of affection and exchanges of intimacy. Increases in oxytocin levels have been observed during expressions of closeness like cuddling, as well as during significant parental experiences like childbirth and breastfeeding.

Regular physical intimacy has other effects that can benefit the well-being of individuals or couples. Cuddling has been proved to help people manage their stress levels, fight off illness and even lower blood pressure.

The relationship between physical intimacy and emotional bonding is clear. New parents are encouraged to facilitate skin-to-skin contact with their infant children, as it is known to help with imprinting and expression of temperament between parent and child. This is due in part to the release of oxytocin associated with such close contact.

Intimacy is really a multidimensional state. Physical intimacy without the emotional aspect will often feel like a hollow impersonation. And, as anyone who has made a serious effort at online dating can probably attest, emotional expressions can take you only so far without the physical component present.

Intimacy exhaustion is also a very real feeling. Even though cuddling and expressions of emotional intimacy seem to have clear benefits, we can become overexposed to them. You can’t be completely vulnerable to each of your friends, family members, work associates and peers all the time, any more than you can have a constant and intimate physical relationship with everyone you meet.

While the challenge for some people is to decide when to practice intimacy, the challenge for others will be restraining intimate impulses. Making time and space for intimacy is important in a relationship or for a single person. Time to be alone is also essential.

If only we had some sort of biochemical cue to help trigger and instigate intimacy, maybe it would be easier to determine chemistry or find a mate.

Well, we actually do have that.

In the animal kingdom—human beings belong to said kingdom—pheromones are chemicals secreted by the body that initiate certain emotional reactions and changes in thought patterns in other animals of the same species. These hormones are often associated with sexual attraction and mate designation in the animal kingdom, but they can stimulate other reactions besides those of arousal.

There are four categories of pheromones that serve different purposes and convey different messages. Together, these pheromones influence our behaviors and feelings toward others and help tell our brains when it’s time for intimacy.

You might notice that we haven’t covered a lot about sex, specifically. This is because it’s important to not conflate sex with intimacy.

While the two can definitely be mutually inclusive or exclusive, an absolute personal correlation between sex and intimacy can become unhealthy. It’s good to have intimate experiences in life without necessarily attaching sexual feelings to that experience each and every time. Sex can be a great activity with a variety of personal benefits, just like cuddling, but ultimately the two acts serve slightly different purposes on biochemical and recreational levels.

Still, it’s worth noting that cuddling can lead to better sex, and the same could be said in reverse. Cuddling is about forming connections, and that doesn’t always mean making lifelong impressions on loved ones. Cuddling can be cathartic, kinky or even a side hustle as a professional cuddler. (Yes, the job exists.)

There’s still so much to learn about the human body and how we interact with one another. Don’t be afraid to contribute to human knowledge by getting close to someone you care about and giving them a cuddle.

Now you can tell them you’re doing it for science.