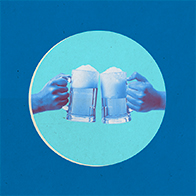 A shocking diagnosis is the start of a journey, not the end of the road.

That first weekend after hearing the words, "You have prostate cancer," was pure hell. I was 47 years old. I felt healthy. I knew almost nothing about the disease that had taken center stage in my life.

It was November 2007. My wife, Sandy, and I had just returned from celebrating our 25th wedding anniversary in California wine country. During a routine physical, I had to convince my doctor to check the box on the lab form that ensured the blood draw would include a prostate-specific antigen (PSA) score. He told me the test wasn't usually ordered for men younger than 50 and that my insurance company probably would not pay for it. (It did.)

I insisted because a good friend at work was battling advanced-stage prostate cancer and I needed a PSA number to get him off my back. He kept telling his male colleagues they needed to know their PSA level. Prostate-specific antigen is a protein produced by both cancerous and noncancerous cells in the prostate gland, and elevated PSA levels are a possible indicator of the presence of prostate cancer.

A week after I visited the lab, my doctor called; he needed to see me. He said I should bring my wife. He wanted to do a biopsy because my PSA test returned with a score of 11.2. At my age, the number should have been 0.4 or lower.

The biopsy confirmed my worst fears. I had prostate cancer, a disease I always thought of as an "old man's cancer." I had not talked in detail with my friend about the side effects of his treatment, but from the little I knew, my biggest fears were incontinence and erectile dysfunction (ED). I probably feared those outcomes as much, if not more, than dying.

During this office visit, my doctor ran us through a bunch of numbers and treatment options. I processed less than 25 percent of the information because thoughts of my personal mortality flooded my brain. I then made the mistake of going online at home to "learn" as much as I could about prostate cancer.

My background as a journalist kicked in. I wanted to learn everything from survival rates to how to find the best surgeon. A few hours of "education" from web sources—they were of various levels of expertise and credibility—led me to conclude my case was terminal. I found story after story about men who had what I thought were better numbers than mine but had died. Only afterward did I realize you should only trust information from credentialed sources.

I convinced myself I needed to keep this negative assumption to myself and not share it with my wife, our two adult daughters, other family members or friends. At least, not yet. I did not want them weighed down by news they could do nothing to change.

It was a mistake not to be open with the people around me who were there to offer love and support.

That first weekend alone with what I thought was a cancer death sentence was difficult. Too often, men put up walls of invincibility when it comes to health issues. In the following weeks, during meetings with potential surgeons, I became aware that my initial gloom was not fully warranted. It was important to come to these meetings with plenty of questions and a willingness to listen.

A path to prostate cancer recovery

There were going to be tough days ahead. No one could provide an accurate long-term prognosis until after surgery, when my prostate could be examined and further tests could be run. But I was buoyed by this statistic: Prostate cancer is almost 100 percent survivable when it is detected early and treated properly. The question was, had we found it early enough?

After reviewing options that ranged from doing nothing immediately to radiation to surgery, I opted for a prostatectomy (the removal of part or all of the prostate gland). In April 2008 at Northwestern Memorial Hospital in Chicago, William Catalona, M.D., operated on me. I chose traditional open surgery at the time because robotic surgery was still fairly new. The surgery was successful, and later tests revealed I did not need follow-up radiation or chemotherapy. I was lucky.

My early detection occurred by accident, and I recovered without the major side effects I had feared. Early incontinence lasted only about a month while my body recovered from the surgery. I found that taking progressively longer walks once or twice a day helped me regain control and build up my overall stamina. My doctor was aggressive in the treatment of ED, and that approach, along with nerve-sparing surgery techniques, preserved my sexual health.

I am now one of the more than 3.4 million American men who are prostate cancer survivors. However, a strange thing happened on the way into the operating room.

A path to prostate cancer advocacy

After being diagnosed with prostate cancer, I started thinking about how I could repay my friend who had urged me to get screened. I reached out to my network with the same message but didn't have a concrete plan as surgery approached.

Since my junior year at Syracuse University's Newhouse School, I had been writing about beer for a variety of consumer and trade publications. On the day of the surgery, I checked in and was given some sedatives before I was taken into the operating room. My wife was still with me as they got me ready. At some point, everything got fuzzy, and the next thing I remembered was being in the recovery room.

We spent several days in the hospital and then in a Chicago hotel room before returning to Charlotte, North Carolina. About a week later, my wife asked, "Have you given any more thought to that Pints for Prostates thing?"

I told her I had no idea what she was talking about. I truly didn't.

She explained that shortly after the drugs were administered and before I was taken into the operating room, I talked about an idea. It was to hold a Pints for Prostates event to reach men with the message about getting screened for prostate cancer. If she had not brought it up, I don't know if I would have recalled the thought.

I decided it would be tempting fate to not follow through, especially since I was aware of Ernest Hemingway's saying, "Always do sober what you said you'd do drunk. That will teach you to keep your mouth shut." I made a couple of calls and we quickly had a fundraiser scheduled to support an organization that operated support groups for men diagnosed with prostate cancer and their families. I never expected one event would lead to a second, then to dozens more, from Seattle to Boston and San Antonio to St. Paul, Minnesota. Pints for Prostates took on a life of its own, and my phone began to ring with people who wanted to help.

Bringing an idea to life

I quickly discovered a community of men—many of them in the craft beer industry—who had taken or were on prostate cancer journeys of their own. The fear of being screened because of where the results might lead and the machismo of men who refuse to visit a doctor unless they are being wheeled into an emergency room are powerful forces.

We use beer festivals and events at breweries—essentially, the universal language of beer—to intercept men where they least expect it and when they might be willing to listen to another guy tell a story about their health. Along the way, we made another decision. Since some men find excuses not to visit a doctor for three years, five years or longer, we were going to bring the diagnostic screening lab to them.

Working with the Prostate Conditions Education Council, Pints for Prostates began sponsoring free men's health screenings. We've raised more than $2 million, and a good share of that money pays for blood tests. Healthcare professionals not only screen PSA levels but also look at the warning signs of heart disease, diabetes and other common male health issues. Thousands of men have benefited from these screenings.

Our signature event takes place each fall in Colorado during the same weekend as the Great American Beer Festival, scheduled for Oct. 7, 2022. The Denver Rare Beer Tasting brings together some of America's most respected craft brewers, who pour rare, exotic and vintage brews to support the Pints for Prostates campaign. The men and women who attend are clearly there to taste some of the hardest-to-find beers on the planet and meet the rock star brewers who made them, but many also line up early to take advantage of the free screening.

Unfortunately, not every man gets screened in time. Prostate cancer will claim an estimated 34,500 lives in 2022 in the United States, according to the American Cancer Society. My friend, Michael Cunningham, put up a valiant, multiyear battle before he died from prostate cancer. His legacy lives on every time and in every place we make it possible for a man to get a lifesaving healthcare screening.

In my case, since I was treated, I've enjoyed the addition of three grandchildren to the family. In November, my wife and I will celebrate our 40th anniversary.

Prostate cancer has taught me that stubbornness and a lack of knowledge among men concerning our bodies make a dangerous combination. However, it has also taught me that you can get guys to pay attention to their health if you coat the message with a little fun and make sure they have a pint in their hand.

Rick Lyke lives in Catawba, North Carolina. When he is not volunteering for Pints for Prostates, he works for Mower, a marketing communications agency.