Why Moms Benefit From the Period Panty

If you're a new mother and not using this great invention, here's how you are missing out. 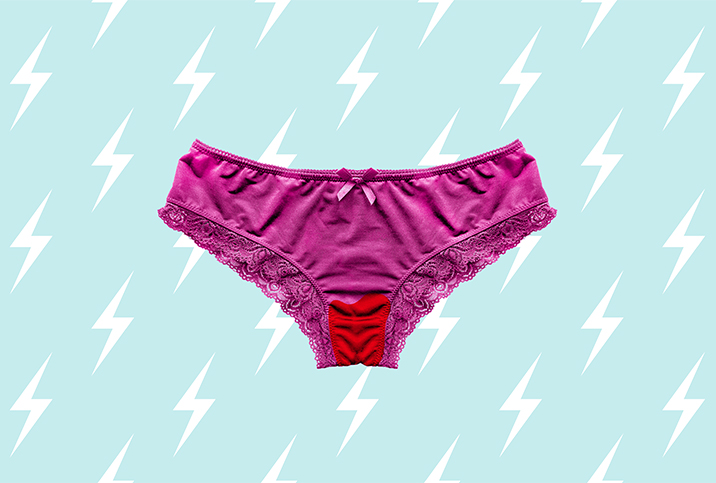 There's nothing like a group of girlfriends, all in the postpartum time frame, enjoying a few drinks while spilling their period gripes. As a mom of four kids younger than 7, I complained that the last thing I wanted near me was a tampon, let alone one inserted in the spot where I've had multiple tears, episiotomies and other pregnancy actions that make it less than comfortable to wear one.

A friend commiserated, complaining her periods are so much heavier and longer since having kids. Another chimed in that she only uses pads but they feel like diapers and remind her of junior high. But I was shocked to find out how few of them have tried the holy grail of solutions to postpartum period woes: the period panty.

This miraculous invention contradicts logic. How does it hold that much blood? Why is it so comfortable? Why doesn't it leak? But I'm not a fabric scientist. I'm just a regular mom hoping to make it through a gym session without having to run to the bathroom to check if I have an issue on my heaviest period days. So now I buy them in every color and spend lots of time convincing my friends to do the same.

The perfect antidote to bleeding

What they don't tell you in eighth-grade sex ed (or anytime thereafter, really) is that childbirth affects so much beyond your hospital stay. Andrea Jones is a registered nurse with a consulting business, Abundant Wellness with Andrea, in Chicago. She said postpartum bleeding can last up to six weeks. Who wants to wear a pad that long?

"Obviously, most people aren't feeling like using tampons during that time," she said.

Most OB-GYNs recommend against it for the first six weeks after birth anyway. New mothers who breastfeed might find breakthrough bleeding to be unpredictable as they await their delayed first period, which can take months to return.

"Most [breastfeeding] women don't get their period back until baby is about 6 to 8 months [old], or fully weaned for some women," Jones said.

Instead of waiting and wondering whether a little spotting would turn into major bleeding as I nursed my four sons, I'd throw on some period panties for extra assurance without the pads.

Jones also pointed to potential hormone imbalances that cause heavier periods and related symptoms and can last for months or years after childbirth. She said postpartum parents should see their OB-GYN if their periods last longer than five days or they have more than two days of heavy bleeding.

If you've ever sneezed or jumped and suddenly peed yourself, you are far from alone. UCLA Health reports that women often have mild incontinence during pregnancy as the growing uterus pushes on the bladder. During a first pregnancy, more than one-third of women have this issue, and more than three-quarters have it during subsequent pregnancies, according to UCLA Health. So get those period panties out even while you are expecting. Luckily, this issue typically resolves as only 5 percent of women still have incontinence a year postpartum.

However, Amanda Olson, a doctor of physical therapy and a certified pelvic rehabilitation practitioner with Intimate Rose in Oregon, noted that people need to be cautious using period panties "as an ongoing remedy" to urinary incontinence, which she said impacts 50 percent of people who have been through childbirth. She said wearing a pad can help the patient and their medical provider gauge how big of an issue it is; if it's happening more than one to two times per week, it should be addressed medically.

It's easy on your childbirth scars

Pads can be scratchy and pretty much the last things you want near your sensitive vagina after childbirth, and even in the months to follow. Period panties can be a pleasant alternative.

"I like the idea that they're great for the environment," said Betsy Greenleaf, an OB-GYN and advisor at pH-D Feminine Health in New Jersey. "One of the issues is a lot of pads are made with bleached paper products. So we see a lot of vulvar irritation from those bleached products…some of those pads can be extremely irritating to tissue, so the panties give people an option where it's not irritating…you [don't] feel like you're walking around in a diaper."

C-section parents also know that a variety of panties can irritate their scar, so period panties might be more comfortable since the fabric is exceptionally soft and stretchy as well, Jones pointed out. I also found period underwear to walk the line of holding in my postpartum mom belly with high-rise options, without having too much compression, which Jones said many women find uncomfortable.

They make for the perfect workout panty

Postpartum moms can sweat. From hormonal changes causing hot flashes to weaning night sweats, it's pretty normal to be, well, moist after childbirth.

Greenleaf said using period panties for moisture control can be helpful and healthy.

"Women who are breastfeeding are more susceptible to yeast and bacterial infections," she said, adding that they also sometimes have more discharge in general, and period panties can help with that issue.

She warned that period panty users should ensure they are washing their underwear in very hot water, because "blood is a really good substrate for bacteria." Not washing period panties properly may cause more infections, she said.

For workouts and sweaty nights, prolonged and unexpected periods, or a few drops of pee while laughing or sneezing, every postpartum parent should check out period panties. They can help you to keep going and stay dry when life happens. 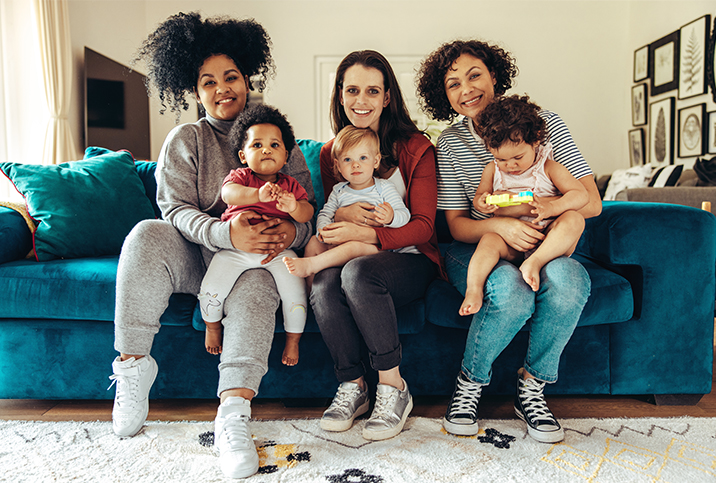 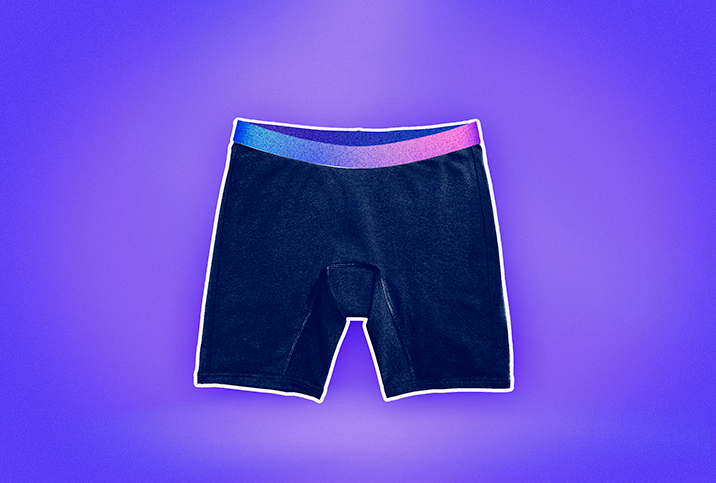 Period Boxers Are More Than Just Another Menstrual Product 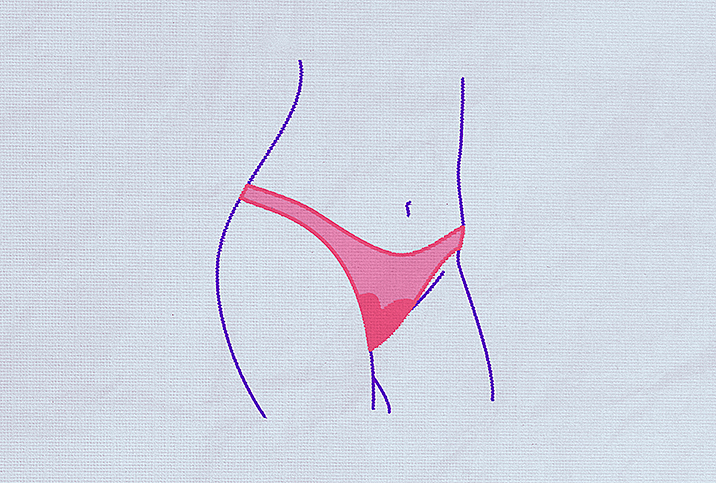 What to Look For in a Period Panty 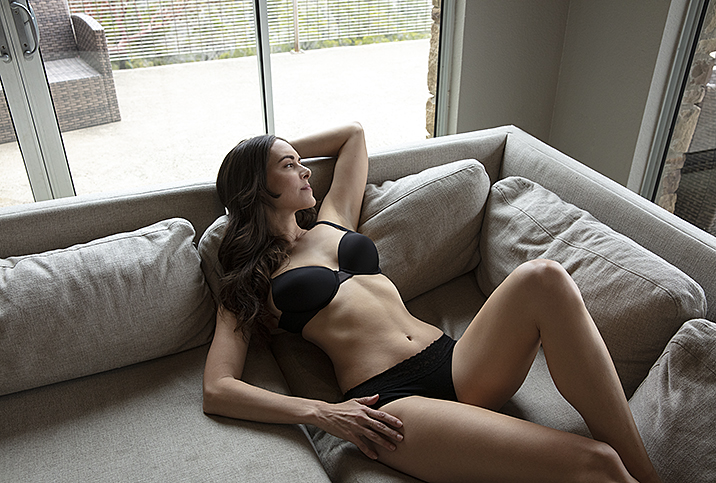 The Best Underwear for a Healthy Vagina