The History of Pole Dancing

From 12th-century Asia to today's fitness studios, the art form has traveled to the mainstream. 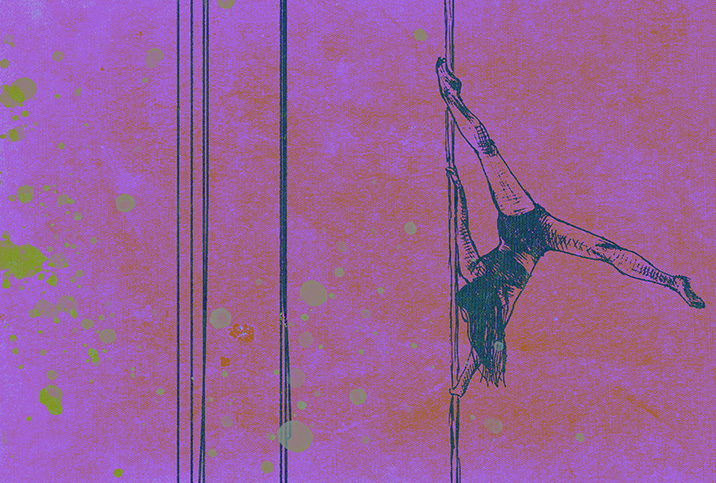 It's 2007: Low-rise jeans and Von Dutch trucker hats are the height of fashion. You can't go anywhere without hearing Rhianna's "Umbrella." By the summer, people are lined up outside Apple stores to trade in their T-Mobile Swarovski crystal bedazzled sidekicks for the first-ever iPhone. That fall, we can't look away from the debut of "Keeping Up With the Kardashians," where 9-year-old Kylie Jenner exclaimed, "Look what I can do!" before flipping upside down on a pole her sister Kim was using to train to be a Pussycat Doll. It was the height of pole dancing fever.

Ten years later, Jenner looked back at the moment and cringed as she told E! News, "the stripper pole was so embarrassing."

More than 800 years before Alex Rodriguez bragged to Ryan Seacrest at the 2020 Golden Globes about how his then-fiancée Jennifer Lopez installed a pole in their bedroom for six months to prepare for her role in "Hustlers," pole dancing was getting its roots in Asia.

In 12th-century India, the traditional sport of mallakhamb took off. This activity used a wooden pole wider in diameter than the standard metal poles we see today. Around the same time in China, men used two poles to perform gravity-defying tricks such as leaping from pole to pole while 20 feet in the air.

Pole dancing also stems from African tribal dance, as during these rituals, "engaged women would sensually dance around a wooden pole in front of their future husbands to express how they would please them," said Habeeb Akande, a sex historian based in London and the author of "Kunyaza: The Secret to Female Pleasure."

Regardless of pole dancing's precise origin, all types of dancing with a pole have one element in common.

"While it wasn't always associated with eroticism, it was always about physicality and the body as art, using the pole to illustrate how graceful, strong and flexible the human body can be," said professor Cynthia Miller, who taught "Staging American Women: The History of Burlesque" at Emerson College in Boston.

From just a pole to a stripper's pole

Pole dancing in America can be traced back to the 1890s and "Little Egypt" sideshows, which featured "Hoochie Coochie" or "Kouta Kouta" belly dances. The pole was introduced in the 1920s as women entertained crowds in traveling fair tents by dancing against the pole that held the tent in place.

By the 1950s, the pole was part of rock 'n' roll's emergence, most famously seen in Elvis Presley's 1957 "Jailhouse Rock" music video. But by the mid-20th century, Akande said pole dancing became widely associated with female strippers and the adult entertainment industry. By the 1980s, in Canada and later the United States, pole dancing included more athletic moves such as spins, inversions and climbs, sometimes leading to striptease routines.

The start of pole dancing as a workout can be traced back to Fawnia Mondey who, when she started working as an exotic dancer in 1994 in Canada, realized there were no teachers to help her learn how to pole dance.

"I was so nervous and lost when I started working as an exotic dancer and I didn't want other newbies to feel this way," Mondey said.

Mondey taught herself how to pole dance by trial and error live on stage, and by practicing at home. She started teaching dancers in clubs in Canada, then later in her home, which attracted non-strippers who loved how the workout made them feel sexy. In 2005, she moved to Las Vegas and became the world's first pole dancing instructor when she opened Pole Fitness Studio.

By the early aughts, with movies like "Closer" and music videos like Britney Spears' "Gimme More'' growing in popularity, more and more people started hitting the poles as a form of workout.

The stigma of pole dancing

Even though pole dancing is now a class you can likely take at your local fitness studio and could soon be recognized as an Olympic sport, it still carries stigma.

This controversy is something pole dancers still experience firsthand.

"The stigma general society places around pole dancing is heinous. It is an art form used to express emotion, feeling and beyond, no matter how someone else may interpret it," said Amber Blake, a founding Sugarladies X model.

It's important to note that not all strippers are pole dancers.

Pole dancing has had its ups and downs throughout history. But the empowerment stays the same.

"In some circles, it's seen as exploiting women's bodies and their sexuality, while in others, it's viewed as liberating and women taking control of their own sexual expression," Miller said. "But as pole dancing becomes more closely reassociated with sport and athleticism and is no longer just a female performance art, it's also becoming less marginalized, less stigmatized and more mainstream." 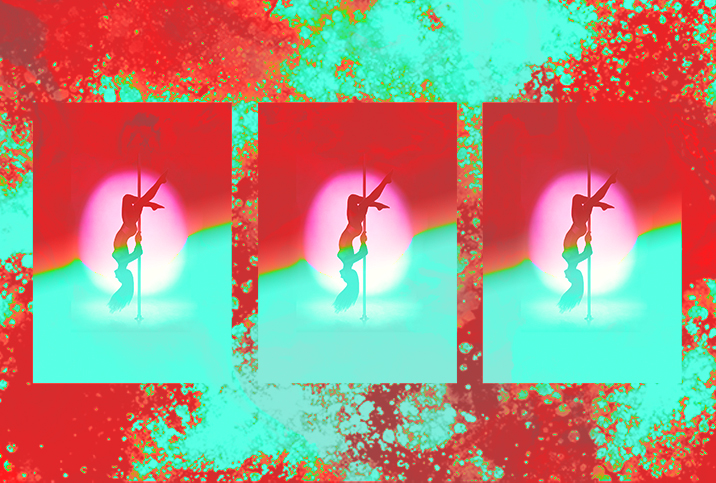 TikTok Is Glamorizing Stripping—Is That a Bad Thing?

Diary of a Sex Worker: Faye Describes the Reality of Stripping How 'Strip Down, Rise Up' Fails Strippers 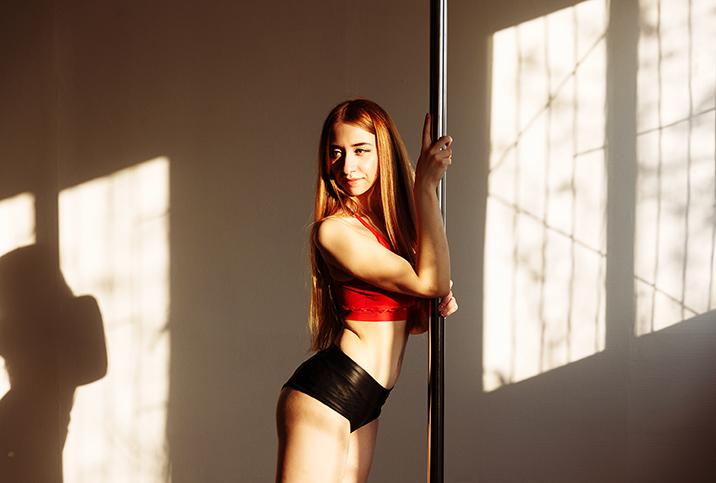 What I Learned About Sensuality From Taking a Pole Dancing Class