Female-to-male patients with cervixes often fall through the gaps for serious health procedures. 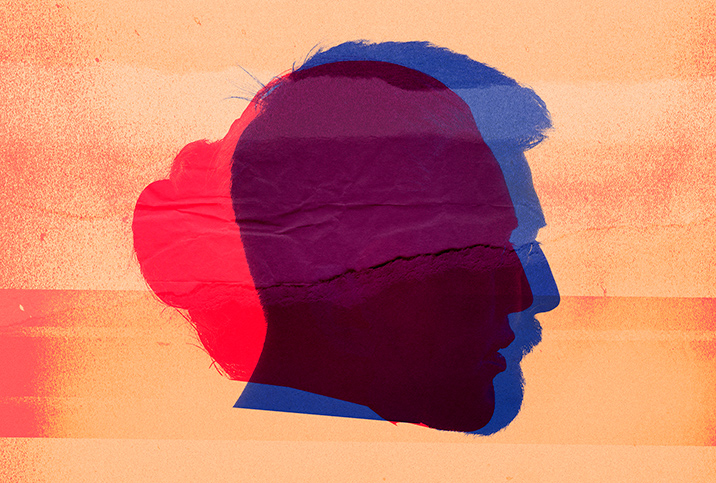 Cervical cancer is the third most common cancer globally, most often caused by several high-risk strains of the human papillomavirus (HPV). To combat this, women older than age 21 in the United States and age 25 in the United Kingdom are encouraged to have regular cervical screening tests to identify whether they have contracted HPV and to make sure it's found as early as possible.

However, transgender men and nonbinary people with cervixes, who are at equal if not higher risk of cervical cancer than cisgender women, are often left out of the equation.

Research indicates transgender men are significantly less likely to be up to date with cervical screenings compared to cisgender women. In the U.K., a small-scale 2021 study found only 58 percent of trans participants eligible for a cervical screening actually had been screened, and just 53 percent felt they had sufficient information about cervical screening.

Although there is little or no data on the number of trans men who are diagnosed with cervical cancer, Alison Berner, a specialty doctor in adult gender identity and specialty trainee in medical oncology in the U.K., said there certainly are cases where people have not been tested for many years and, therefore, are diagnosed late.

Oscar, 26, from London, decided to go for a Pap smear when he was 25. He was aware of the risks of HPV and cervical cancer and knew screening was recommended.

"It wasn't necessarily a difficult decision," he said. "But because my NHS [National Health Service] records are male, I wasn't given an automated letter like cisgender women are, so there was the added step of me approaching my GP [general practitioner] to request a test."

In the U.K., this shortcoming is a major barrier to trans people going for cervical screening. On top of this, Berner said even when trans men are invited to go for a screening or have researched it themselves online, the information is usually aimed at cisgender women and doesn't use gender-neutral language.

"It's important to use gender-neutral language because people can be triggered by terms, particularly around body parts, that they don't usually engage with," Berner said. "So they might feel such a discomfort that they don't want to engage with testing."

Words like vagina and she/her pronouns can trigger gender dysphoria in some people, which Berner said can be quite traumatic.

"Indeed, not everyone gets dysphoria from particular words or from parts of the body, but by being able to show people that actually you are mindful of what they might be going through, it goes beyond just giving them information," she continued. "You actually get better engagement and trust, and they're more likely to be able to take in that information and they're able to see themselves in the healthcare that they access."

Gender dysphoria might even prevent people from taking the step of speaking to their healthcare practitioner about cervical screenings because they don't engage with their genitals at all.

"If you're taking testosterone, you get atrophy of the vagina," Berner noted. "This means [cervical screenings are] actually more difficult and sometimes more painful."

She added that this is also exacerbated if someone isn't having receptive penetrative sex. Unfortunately, these challenges make it much more difficult to get accurate results for transgender men compared with cisgender women. A 2014 study published in the Journal of General Internal Medicine found transgender men were 8.3 times more likely to have an inadequate test than cisgender women. The study reported the high prevalence of unsatisfactory samples is likely due to physical changes induced by testosterone therapy and patient discomfort with the exam.

There are also barriers in terms of discrimination, both conscious and unconscious. A report by the U.K. LGBTQIA+ charity Stonewall found 3 in 5 trans people had faced a lack of understanding of their specific needs by healthcare staff, and 1 in 6 said they had been refused healthcare because they were LGBTQIA+. In a 2014 survey published in the Journal of Women's Health, only 29 percent of OB-GYNs said they felt comfortable caring for patients on the female-to-male (FTM) spectrum, and 11 percent were unwilling to perform routine Pap tests on FTM patients.

"There are barriers in terms of kind of outright discrimination, but more often it's people not quite knowing what to say or how to behave when they're doing the test for people that don't feel comfortable," Berner said.

One way to overcome this obstacle is with trans-specific screenings, which are becoming more common across the United Kingdom and the United States. Oscar decided to use one when he went for his first test.

"I had a look online for trans-inclusive services and found that the team at 56 Dean Street [in London] hold smear test appointments for trans men and nonbinary people with cervixes on certain days of the month, so I spoke to them," he said. "I've had a mixture of good and bad experiences in the past when accessing healthcare as a trans person in healthcare settings that aren't explicitly trans-inclusive, so I chose to use 56 Dean Street instead of my local outpatient service to avoid any awkwardness."

For him, this was the right decision.

"The nurse was absolutely lovely and put me at ease and she was very respectful of my identity," Oscar said. "I changed behind a paper curtain and covered myself with a sheet of paper, and she was really gentle. I was unsure about how much the test might hurt because I've had friends who found it very painful, but I didn't have any pain, although it was briefly uncomfortable."

Berner believes a multifaceted approach is vital in getting equal access to cervical screenings for transgender men.

"It's not a one-size-fits-all for anyone, and different people have different experiences of it," she said. "Obviously, the goal would be that, you know, everyone would be able to provide a trans-friendly service to the patient, but unfortunately, that's not 100 percent where we are."

She continued: "We need a multipronged approach of looking at the system, looking at individual clinics, looking at the information, and working with patients themselves to come to a conclusion about what's going to be the best way to ensure people are screened. There's a lot of work to be done." 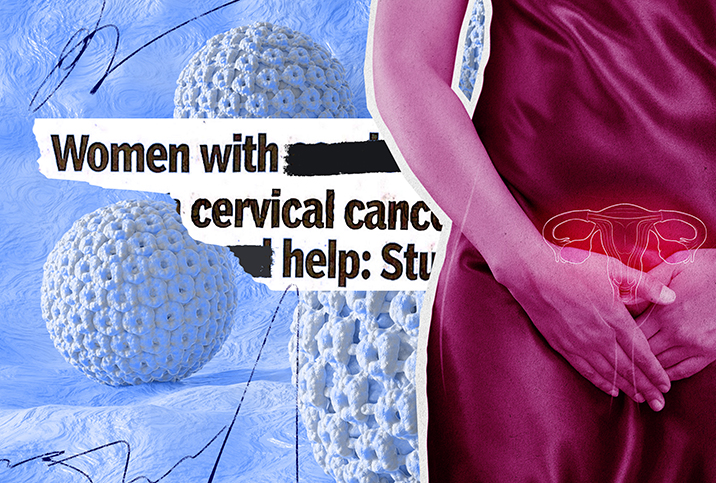