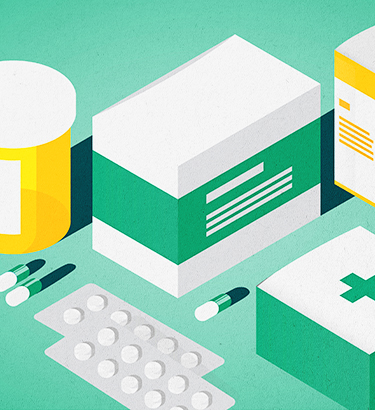 Even the Best Prostate Cancer Treatments Have Side Effects

Medical modalities are ever-improving, but surgery and radiation can be rough on the body.

The more research you do into the field of modern prostate cancer diagnosis and treatment, the more impressive recent progress appears.

Medical science has come so far in this area over the course of a few short decades, you could practically call it miraculous. If you were to transport a urologist from 25 years ago to the present, they would be astounded by what's considered routine today.

As we've seen in previous installments of this series, advances in the diagnosis and treatment of prostate cancer offer men more and better options than ever before to combat this deadly disease.

But even with these advances—such as ablation techniques, robotics-assisted laparoscopic surgery, external beam radiation therapy and brachytherapy—treatment still often has after-effects.

While cancer treatment is likely to take a bite out of you one way or another, you might be surprised at how modern medicine can spare you the worst. Let's look at what a man can expect following the most common prostate cancer interventions and how to prepare yourself for what's to come.

One of the most common treatments for prostate cancer is active surveillance. This involves close monitoring of a man who has lower-risk, low-grade cancer cells present in his prostate to see if they worsen or change over time, while holding off on more drastic intervention.

"Nowadays, the vast majority of men—particularly those that have small amounts of grade 1 prostate cancer—are managed very successfully with active surveillance," said Petar Bajic, M.D., a urologist affiliated with the Cleveland Clinic. "That means keeping a close eye on things to catch them early if they look like it's going to progress to a more aggressive type of cancer."

Urologists are quick to point out that active surveillance isn't the same as doing nothing. In fact, you'll probably see more of your doctor than you did before, because you'll be going in for frequent prostate-specific antigen (PSA) tests, biopsies and other screenings.

While active surveillance is clearly the least traumatic type of treatment, nonetheless, the attendant biopsies aren't a lot of fun.

"Unfortunately, the biopsy is uncomfortable," said Jayram Krishnan, D.O., a surgical urology specialist whose practice is affiliated with the Cleveland Clinic. "I give guys Valium before they get their biopsy. They don't really want to take a day off, so I give them Valium before the procedure, so that calms their nerves down so they're more comfortable."

Apart from pain afterward, other possible side effects of the frequent biopsies that come with active surveillance include: