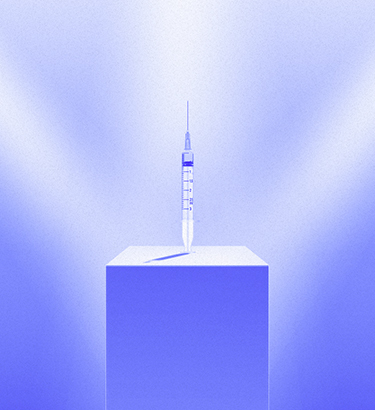 Never Got the HPV Vaccine? Talk to Your Doctor if You're Under 45

Getting vaccinated now may still lower your risk for cancers caused by human papillomavirus.

In December 2021, at age 37, I was rolling up my sleeve to get my first dose of the HPV vaccine. I never received it as a kid—and I'm not alone.

Only 2.9 percent of women ages 35 to 39 report "receipt of at least one dose," stated Lauri Markowitz, M.D., a medical epidemiologist with the Division of Viral Diseases at the Centers for Disease Control and Prevention (CDC), citing data from the National Health and Nutrition Examination Survey.

So, why did so few people in the approved age range receive the vaccine when it launched?

Challenges with the initial vaccine rollout

"When the vaccine first rolled out, it was not marketed well," said Tamika Felder, a cervical cancer survivor and founder and chief visionary officer of the nonprofit organization Cervivor.

The FDA's original approval for girls only was part of the problem, Felder said. Additionally, because HPV is a sexually transmitted infection (STI), the vaccine quickly became known as a "sex vaccine," which caused hesitation on the part of some parents.

"I don't want little Johnny and Jill having sex early because they got this vaccine," Felder described as the reaction doctors often encountered from parents early on.

I can attest to that. I remember my mom telling me only people who were having "premarital sex" needed a vaccine like that.

Others had similar experiences.

Lydia, who turned 30 last year, was just the right age to receive the vaccine when it was first released. "My family doctor was excited at the idea that I would be able to get it, and from the little that I knew about it, it seemed like a good idea to me, as well," she recalled. But her grandmother, who was her legal guardian at the time, felt differently.

"My grandma was pretty strictly focused on total premarital abstinence," Lydia said, "So, she didn't see a reason for me to get the HPV vaccine if I wasn't going to be having sex (which, in her mind, I absolutely wasn't). A little ironically, my sister, seven years older than me, had just been diagnosed with HPV."

Her grandmother also worried about the newness of the vaccine and what potential side effects there might be down the road. So, Lydia didn't get the vaccine. As the years progressed, lack of transportation and health insurance prevented her from having regular doctor's visits. "Now that I'm a Real Adult, I have great insurance," Lydia told me, "and my last yearly pap smear showed that I have, in fact, picked up HPV at some point, and one of the dicier versions of it, to boot."