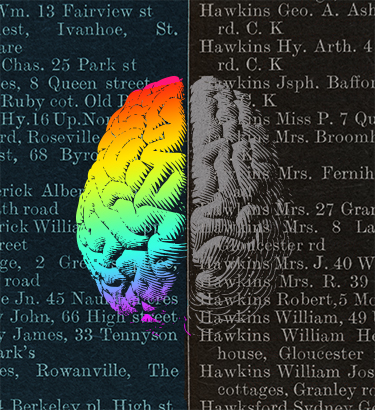 Live as your authentic self and find the therapy and services that actually help you.

It's taken some time, but the stigma of attending therapy is beginning to fade. The common notion nowadays seems to be that therapy is generally good—with one redundant but important caveat. Therapy is good when it's good therapy.

It's worth noting not all forms of therapy are actually therapies. Conversion therapy, or any attempt to change a person's sexual orientation, gender identity or gender expression, is an example of this. This action is largely practiced by certain religious groups and are faith-based in approach without legitimate scientific research or medical backing; multiple states have banned the practice.

For people who experienced conversion therapy, finding recovery can be a challenge in and of itself, not to mention finding consistently good sex health services.

David Schlosz, Ph.D., L.P.C., a therapist in Round Rock, Texas, has a private practice and teaches in two separate graduate counseling programs, at St. Edward's University and Texas State University. He has extensive personal experience with conversion therapy and has worked professionally with many recovering individuals, including conducting a study on the harmful effects, both short and long term, of the practice.

"One of the factors in my study that came up really clear was a heightened risk of behavior among people experiencing conversion therapy because you don't take PrEP, you don't keep condoms with you," Schlosz said, referring to pre-exposure prophylaxis. "If you had to 'prepare' in that kind of way, what you'd be saying to the leadership in the conversion therapy and to those around you is that you're preparing to act out and you're preparing to 'sin.' But the sexual pressure builds."

The harmful pattern of denying reality for the sake of an ideological imperative has to begin somewhere—for many people, this "somewhere" is at home, in church or some combination of both.

"Sometimes, the folks that have gone through conversion therapy have been in a really deep religious upbringing; a lot of times we see it, particularly with some Baptists," said Donna Weinberger, CEO and founder of Inspire Recovery, an LGBTQ-focused drug and alcohol rehabilitation center in West Palm Beach, Florida.

Conversion therapy events and programs, which can include intense public shaming and condemnation, are often staffed by church volunteers. These religious environments frequently lean on biblical Scripture condemning homosexuality. The volunteers and events often represent, in some way or another, the community where a person was raised.

This situation can be especially difficult for people who are trans, queer, nonbinary or who identify in other ways misunderstood or accepted within a religious framework.

"It's usually very difficult and confusing for them," Weinberger explained. "They've had a lot of brainwashing from a young age so it's really difficult for them to break free and to live [as] their authentic selves."

Schlosz said the opportunity to recognize important truths relating to sexual health often comes belatedly to the men he works with in recovery and research. One example he gave was of an individual who waited 12 years to be honest with his mother.

"When he eventually came out at the age of 28, I think, his mom said to him, 'I'm so concerned about your health now that you're out and that you're having sex with people,'" Schlosz said. "And his response to his mom was, 'Mom, you don't need to be concerned about my sexual health now, but you should have been concerned when I was 16 years old and climbing out my window at night to go have sex with strangers.'"

It's not an uncommon story. Schlosz often hears firsthand the harsh realities of how a person's dishonesty with themselves can spiral until it affects loved ones.

"Another participant in my study spoke about one night he was traveling and he was away from his family and he knew there was this park where gay men cruised. He just wanted to be around people that he said were 'just like him.' He said he went to this park and was brutally, brutally assaulted sexually by more than one person," Schlosz recounted. "He said that afterward, he felt that he couldn't go to the police station and share what had happened. He was physically in pain and hurting and damaged. He was in his mid-20s at the time. He spoke to me when he was 40 and I was the first person he'd shared this story with.

"He felt like he couldn't go to the hospital because of the shame of sharing what had happened," Schlosz continued. "And when he went home, he couldn't share with his wife what had happened because that would mean her finding out that he had engaged in this type of behavior, even though she knew this was part of his struggle. So he kept this to himself for years."

Treatments such as conversion therapy prevent people from taking proactive steps in their own sexual health because the therapies falsely convince people they don't need it. This myth can lead people to not be screened for sexually transmitted diseases, not take sexual precautions and not have healthy conversations about consent and boundaries.

"These guys don't make their sexual health a priority because why would they need to if they weren't going to act out in the first place?" Schlosz explained.

"Helping people overcome sexually compulsive behavior should be the same thing that would happen with regards to sobriety and risk-taking and taking proper precaution," Schlosz said. "It's a little bit like relying on abstinence-only education as an efficient method of keeping pregnancy and sexually transmitted conditions at bay. Statistically and empirically in countless cases, it just doesn't work."

Aversion therapies or practices are different from conversion therapies. In this form of behavioral therapy, a patient is conditioned to change a behavior by associating it with something unpleasant, according to the American Psychological Association (APA).

Aversion therapy may be a manageable and ultimately healthy means of coping with substance use disorder or certain other compulsive issues, but when it comes to a person's core identity, including sexuality and gender, you can't protect yourself from harm by ignoring the realities of what is safe or unsafe. Along those lines, the APA has concluded that there is insufficient evidence to support the use of psychological interventions to change sexual orientation.

No form of consensual adult sex is inherently wrong or misguided. There's nothing wrong with seeking consensual partners of any kind unless there's something wrong with how you do it or the effects those decisions have on you or others. However, it is critical to recognize when sexual behavior and sexual solicitations indicate larger issues.

Concerns about sexual behaviors or emotional/mental patterns should be addressed with a healthcare professional. Regardless of this professional's background or personal principles, they should be respectful of your individual identity and you should always feel that their purpose is intended to build you up rather than break you down.